What's Actually In Your Favorite Cup Of Green Tea?

Drinking green tea can be a very relaxing experience. Some people enjoy the beverage after a big meal to help them digest. Others like to have a cup in the evening because, aside from herbal tea, it is rather low in caffeine content. Many other people drink green tea simply because they enjoy the earthy flavor. It's a wonderful substitute for soda or other drinks high in sugar. No matter what your reason for drinking green tea, doing so provides a number of health benefits. And now, with the Mr. Coffee® Hot Tea Maker, it's easier than ever to brew the perfect cup of tea. All you need to do is add tea leaves or tea bags to the kettle of boiled water and press a button. It's that easy to get a great cup of tea.

Now, take a look at what each cup of green tea contains:

Origins: Where Does Green Tea Come From?
For the most part, green tea either comes from China or Japan. The tea leaves are taken from a plant called Camellia sinensis. Actually, all varieties of tea - expect herbal - are produced from the Camellia sinensis. The plant grows best in cool, dry climates and is easy to cultivate because of its high tolerance for cold weather. There are also tropical subspecies of the plant, but they are typically used to create black tea.

Once harvested, tea leaves are soon heated to prevent them from turning brown, thus saving their delectable flavor. Afterwards, they are stored in dry conditions and either sold as loose leaves or ground up to be placed in tea bags. 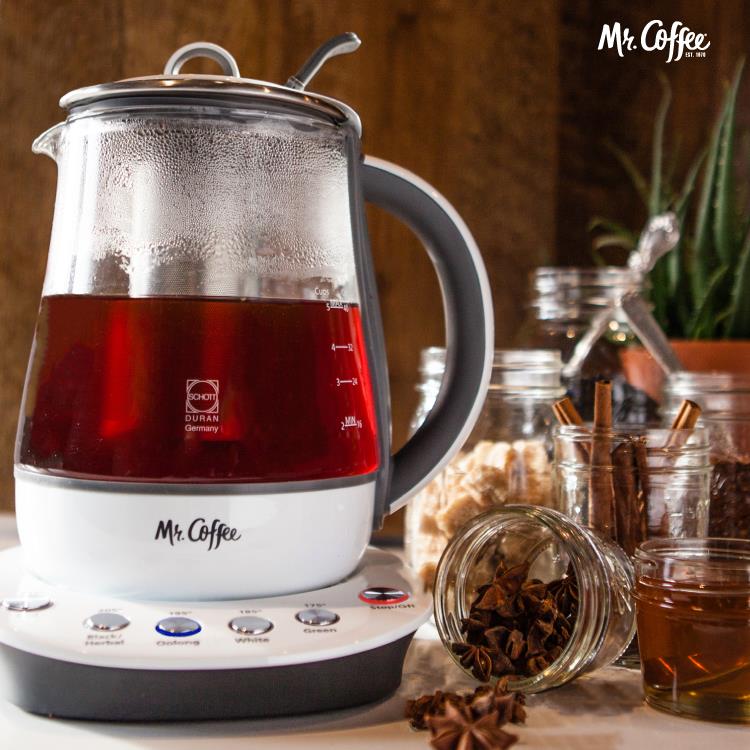 EGCG and Other Antioxidants
The primary antioxidant found in green tea is known as epigallocatechin gallate, or EGCG. According to a study published in the U.S. National Library of Medicine, this compound may be useful for maintaining cardiovascular and metabolic health. It could also have anti-cancer properties, though the research on those effects is still ongoing. Additionally, green tea is a source of other antioxidants known as polyphenols. Those chemicals may also have many health benefits, including a reduction in the physical signs of aging, such as wrinkles.

Caffeine
Green tea contains some caffeine, though not as much as black tea or coffee. Drinking a cup probably won't give you the jitters, but if you're a light sleeper it could affect you if taken right before bed. The tea also contains an amino acid called L-theanine, which research has suggested may have a calming effect on the nervous system.

Water
And of course, green tea contains a lot of water, which is great for keeping you hydrated. The caffeine content isn't so high that it offsets the hydrating properties of the beverage. Drinking a few cups a day will keep your water levels where they need to be - and it's a better option than sports drinks or other beverages that may contain artificial additives.