Ways to Enhance the Smooth Taste of Your Coffee

There are several factors that greatly affect the taste of homebrewed coffee. The machine you use, the kind of beans and even the air temperature can all alter what your final cup of joe tastes like. By making a few simple alterations to your coffee routine, you can make your favorite caffeinated beverage taste even better. Here are a few ways to enhance the flavor:

Use the Right Size Grounds
Have you ever had a cup of coffee at a friends house that just didn't quite taste right? A major factor in the overall flavor of coffee is the grind. You must use the right size for the coffee maker you're brewing with in order to have a bold, bright cup of joe. For example, French presses require a course grind since the coffee steeps like tea and has more time to extract the delicate flavors of the beans. Espresso must be super fine as the hot water passes through it really quickly and must be able to get all the flavor possible in just under a minute. When using the Mr. Coffee® Optimal Brew™ 12-Cup Programmable Coffee Maker with Thermal Carafe, you can use a medium grind. While the brew process isn't as fast as espresso, it's also not as slow as a French press - hence the bean middle ground.

Don't Forget the Bloom
Most regular drip coffee makers simply pour hot water into a filter full of dry grounds at one even speed until the coffee is done. Unfortunately, this negates one very important step: the bloom. Blooming means saturating all the grounds before the brewing begins. This process promotes a richer, smoother and more even flavor in every cup. Not all coffee makers on the market include blooming technology, but the Mr. Coffee® Optimal Brew™ 12-Cup Programmable Coffee Maker with Thermal Carafe reaches a temperature of 205 degrees Fahrenheit and blooms before beginning to percolate. It takes a great brewer to make a perfect cup of coffee, and one that blooms will do just that. 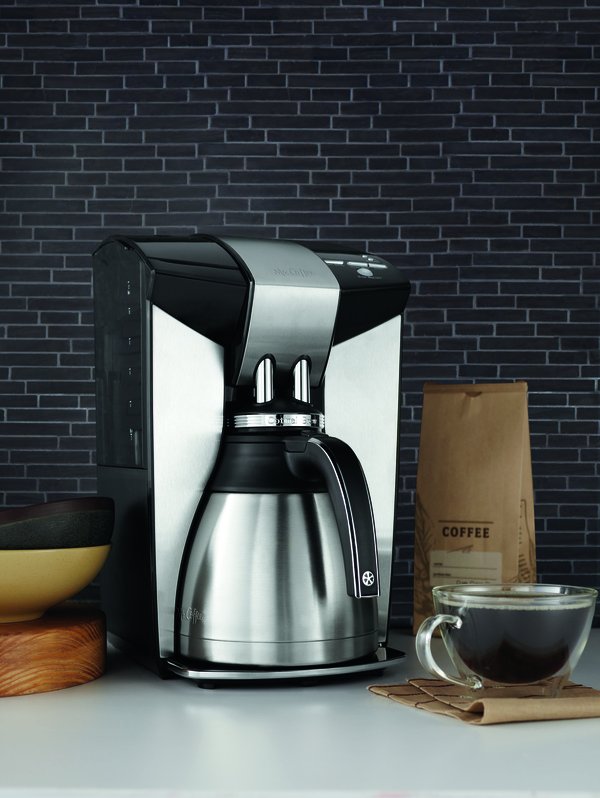 Use Filtered Water
Too many people think that because they're adding grounds to the water, this vital liquid's taste won't affect their cup of coffee. In reality, there is a noticeable taste change between tap and filtered water. Even water that has been filtered can have an affect on your coffee if the device used to filter it hasn't been cleaned recently or doesn't have a newer filter. The Mr. Coffee® Optimal Brew™ 12-Cup Programmable Coffee Maker with Thermal Carafe features a built-in water filter disk which you can use to remove up to 97 percent of chlorine in your water. This means a healthier, better tasting cup of coffee.

Don't Let the Coffee Cool
We're all guilty of turning off the coffee pot because we think we don't want any more and then end up drinking a re-heated cup straight from the microwave a while later. While this isn't the end of the world, the coffee will have a more bitter taste than when it was originally brewed. If this sounds familiar, you'll enjoy using a thermal carafe which is double-walled to maintain the original temperature and taste of that first cup of coffee in the morning.